Fifteen years after its introduction by the U.S. National Archives and Records Administration as a strategy for improving federal agencies recordkeeping performance, the big bucket approach to record retention is in common use. This article summarizes an interview-based study of the objectives, issues, and outcomes of current big bucket retention initiatives in 14 organizations. The study was conceptualized and underwritten by the ARMA International Educational Foundation, www.armaedfoundation.org

A traditional retention schedule provides a detailed enumeration – sometimes described as a granular listing – of record series with specific disposition instructions. Each record series is assigned a numeric or alphanumeric record code as a unique identifier. Following a well-established practice described in records management textbooks, the record series are often identified by conducting an inventory that captures information about the characteristics and business purpose of records maintained by all or part of an organization.

The inventory’s findings are transposed, with some editing, into a retention schedule. Depending on the circumstances, a traditional retention schedule may list hundreds or even thousands of record series, and it may specify a variety of retention periods for records associated with a given department or business function.

In marked contrast, a big bucket retention schedule groups in broad categories that correspond to an organization’s major activities, business functions, or work processes. Each category (bucket) is assigned a record code. Individual record series are cited as examples within each category, but the examples are typically illustrative rather than comprehensive.

The big bucket approach to retention scheduling was initially developed in and implemented by the U.S. government to address problems associated with traditional record retention methodologies. A 2001 report prepared for the National Archives and Records Administration (NARA) noted that scheduling concepts were poorly understood by federal agencies; that many significant records, including most electronic records, were unscheduled; that some significant records were improperly scheduled; and that some agency retention schedules were out of date.

In 2003, NARA outlined its strategy for redesigning federal records management to address challenges posed by electronic recordkeeping, the proliferation of e-mail, reductions in program staff allocated to filing agency records, and other technological and administrative developments. Among tactics to carry out the strategy, NARA announced an improved approach to record retention, including “flexible scheduling,” to allow agencies to schedule records “at any level of aggregation that meets their business needs.” This idea was clarified and expanded in a series of NARA bulletins issued between 2005 and 2010.

By the mid-2000s, interest in big bucket retention schedules had spread to the broader records management community. In reports and articles, which are cited in the full AIEF report, information management (IM) professionals explained the big bucket approach and discussed its practical advantages – in particular, the increased likelihood that users will correctly classify records for retention if they are given fewer choices, simplified user training, and easier review and revision of retention schedules to incorporate new record series.

These publications also reviewed the counter-arguments, especially the possibility of keeping some records, including personal data, longer than necessary and complications posed by event-driven retention requirements.

On the Records Management Listserv, interest in big bucket retention was at its height in 2007 when 87 postings, many of them expressing strong opinions, had the word “bucket” in the subject line. As the big bucket concept gained exposure and greater acceptance as an effective alternative to traditional retention methodologies, however, notoriety diminished. The number of Listserv postings that contained the word “bucket” in the subject line declined sharply to 28 in 2008 and even more dramatically in subsequent years. There was just 1 posting in 2014. In 2015, there were none.

Big bucket concepts are briefly mentioned in records management textbooks, and articles dealing with big bucket retention continue to be published occasionally in professional journals. For the most part, these books and articles reiterate the benefits and concerns noted in earlier publications. They do not provide new information about the current status of big bucket retention.

The interviews, conducted in the first quarter of 2018, focused on the circumstances in which the big bucket schedules were developed, the characteristics of retention schedules they replaced, the size and scope of the big bucket schedules, the benefits obtained, issues and problems encountered during schedule development and implementation, and acceptance or resistance by users. The interviews were designed to obtain reports “from the field” about the objectives, issues, concerns, problems, and outcomes of big bucket retention initiatives.

Participants from Many Sectors

In keeping with that objective, the AIEF study did not involve a statistically balanced sample of interviewees. The participants, who were sought through notices on the Records Management Listserv and the LinkedIn Next Generation Records Management Group, were self-identified and self-selected, but they do represent important segments of the IM community:

Interviewees reported that their big bucket schedules satisfied their organizations’ legal and operational requirements and were well received by users who found them to be easier to understand and apply than their granular predecessors.

Most of the interviewees adopted the big bucket approach to replace an overly complicated and unwieldy retention schedule that had been in use for some time and needed revision. Interviewees noted that their granular retention schedules were difficult to understand and apply, required time-consuming review and updating, specified inconsistent retention periods for the same types of records maintained by multiple departments, included some obsolete and transient record series, and – despite excessive length – were incomplete.

Interviewees’ experience confirmed that the big bucket approach can significantly reduce the number of record series listed in a retention schedule. While some portion of the reduction may be attributable to of obsolete and duplicate record series, which could be accomplished by simply pruning a traditional retention schedule, big bucket consolidation involves a thorough analysis and systematic grouping of record series related to specific business operations and activities. This consolidation is a defining characteristic of the big bucket approach and the principal reason for its effectiveness. With fewer choices, users are more likely to select the correct retention period for records in their custody or under their supervisory control.

All interviewees agreed that their big bucket retention schedules simplified training when compared to their granular predecessors.

Some big bucket initiatives reduced the variety of retention periods assigned to specific record series by standardizing on selected time periods for non-permanent records – 3 years, 7 years, and 10 years, for example – whenever possible.

Over-retention, a frequently cited limitation of the big bucket approach, was not a concern. No interviewees reported resistance to the possibility that some records may be retained longer than necessary. Rather than being troubled by over-retention, some interviewees noted that stakeholders viewed long retention favorably. Several interviewees reported that their information technology units raised no objections to over-retention of electronic records maintained on their servers or under their supervisory control.

Like their granular counterparts, big bucket schedules require periodic review and updating. Big bucket schedules should be easier to update than their granular counterparts because they do not include a comprehensive enumeration of record series. A new record series can be added to an existing bucket by interpretation; it does not need to be specifically listed in the retention schedule.

For the most part, records managers interviewed for this study were satisfied with their big bucket initiatives, but some issues and concerns were noted, as follows.

All interviewees described their big bucket schedules as media-neutral, but most organizations have not fully implemented retention guidance for electronic records. A big bucket schedule is more likely to be applied to e-mail or to digital documents saved on network drives than to databases, which may require modification to incorporate the requisite retention functionality.

Several interviewees reported that their big bucket schedules include some granular sections with detailed listings of record series that did not lend themselves to big bucket consolidation.

Some interviewees wanted to minimize event-based retention, which can be difficult to implement in a big bucket context, but they indicated that complete elimination of event-based retention triggers may not be feasible for project records, personnel records, case records, client records, and other record series that need to be retained for some years after termination of the matters to which they pertain.

While retention rules may be simplified, the development and implementation of a big bucket schedule is a complicated, time-consuming undertaking. While they were not specifically asked to provide advice to would-be developers of big bucket schedules, all interviewees noted issues that must be addressed. Strong management support and stakeholder buy-in are essential. Users must be trained. A crosswalk mechanism must be developed to facilitate the transition from a predecessor schedule. The new retention rules must be applied to older records in offsite storage, some of which may not have been accurately identified when they were sent offsite.

Because most of the interviewees worked in U.S. organizations that do not have global operations, they were not concerned with the implications of over-retention for compliance with data protection regulations in EU member states and other countries. Those regulations generally require the destruction of personally identifiable information when the purpose for which the information was originally created or collected is fulfilled. The General Data Protection Regulation (GDPR) had not taken effect when the interviews were conducted, but interviewees were aware of it.

The AIEF study was limited to experienced IM professionals who adopted big bucket retention concepts, invested considerable time and effort in schedule and were generally satisfied with the outcome. None of the interviewees expressed regret about the decision to use the big bucket approach. While several interviewees indicated that their big bucket schedules included some granular sections, there was no discussion of reverting to a traditional retention schedule.

As noted, the interviewees were self-selected based on the author’s description of the study, which may have attracted respondents with favorable experiences in successful big bucket initiatives. It would be interesting to hear from records managers who attempted to develop a big bucket schedule but could not do so, for whatever reason, or who implemented a big bucket schedule but subsequently reverted to a traditional approach, either by abandoning the big bucket schedule outright or by incorporating granular modifications that changed the character of the schedule. Records management publications, listserv postings, and other sources contain no reports of such developments.

The full, 42-page study report, “Records Management Experience with Big Bucket Retention: A Status Report (2018),” which was issued in August 2018, is available for free download from the ARMA International Educational Foundation website. 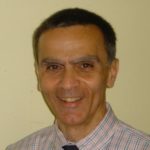 William Saffady, Ph.D., FAI, is a New York-City-based information governance (IG) and information management (IM) consultant, providing analytical services and training to corporations, government agencies, not-for-profit entities, cultural institutions, and other organizations. A prolific researcher and writer, the former long-time professor at Long Island University is the author of more than three dozen books and myriad articles on a variety of IG and IM topics; his most recent books published by ARMA International are U.S. Record Retention Requirements: A Guide to 100 Commonly Encountered Record Series and Information Governance Concepts, Requirements, Technologies. Saffady can be contacted at wsaffady@aol.com.